Iron is an essential mineral our body requires to produce haemoglobin (red blood cells) that transports oxygen around the body, and is crucial for energy production.  Babies and children need iron to grow and develop normally.  Iron deficiency is caused by a depletion of iron stores that can result in a drop of haemoglobin in the blood.

Symptoms of iron deficiency include feeling tired and fatigued (even with sufficient rest), poor concentration, headaches, and more prone to illness.  If you are feeling any of these symptoms, see your GP to check your iron levels.  If diagnosed with iron deficiency anaemia, you will need to follow an iron rich diet and take an iron supplement for four months.

People at risk of iron deficiency are menstruating or pregnant women, children, adolescents and people following vegetarian or vegan diets.  There is evidence that vegetarians and vegans are quite able to meet their iron requirements with plant based foods with careful planning to maximum absorption of iron from their foods.  Generally for vegetarians, it is their iron stores (ferritin) that are low, rather than their haemoglobin.

Within my clinic, I am noticing an increasing trend of iron deficiency in adolescent girls. This may be due to a reduction of red meat in their diet, movement towards vegetarian eating, and that iron recommendations actually double to 15mg daily iron when girls reach 14 years.

Where is Iron found?

Haem iron is only found in animal foods and is well absorbed (20%) in the body.  Red meat including beef, lamb, kangaroo and liver are the best sources of haem iron.  Chicken, pork and fish do contain valuable iron but less than red meat.

Non-haem iron is found in iron fortified breakfast cereals, wholegrain breads and cereals, legumes and lentils, eggs, green leafy vegetables, nut butters, dried fruit, nuts and seeds.  Only 5% of the non-haem iron from these foods is absorbed by your body, so we need to eat much more of these foods.

Try these simple steps to boost your iron intake. 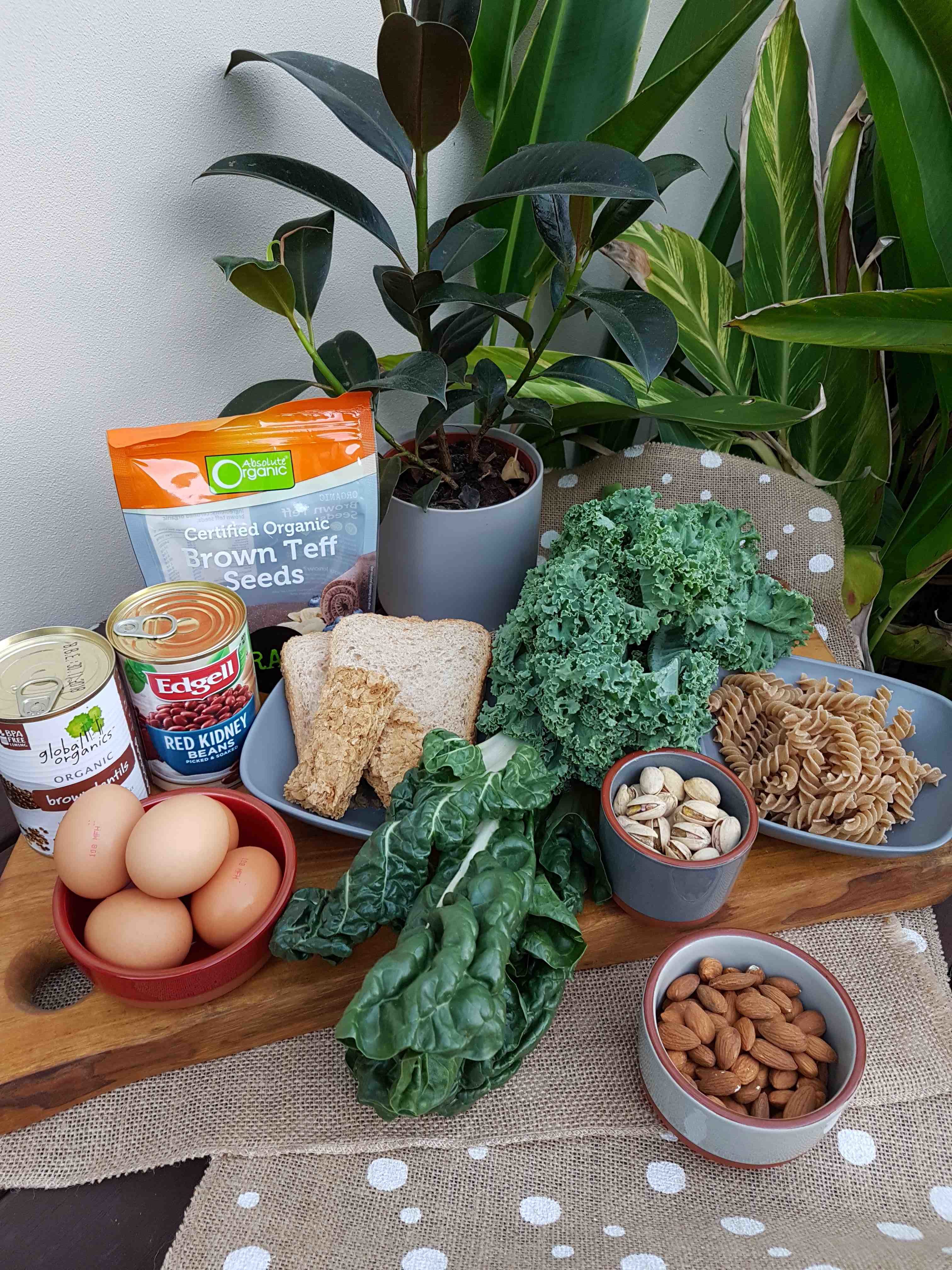 Be Your Own Food Tribe – Just do Food